Read-on to dive into what Amazon relentless commitment to innovate is made of. 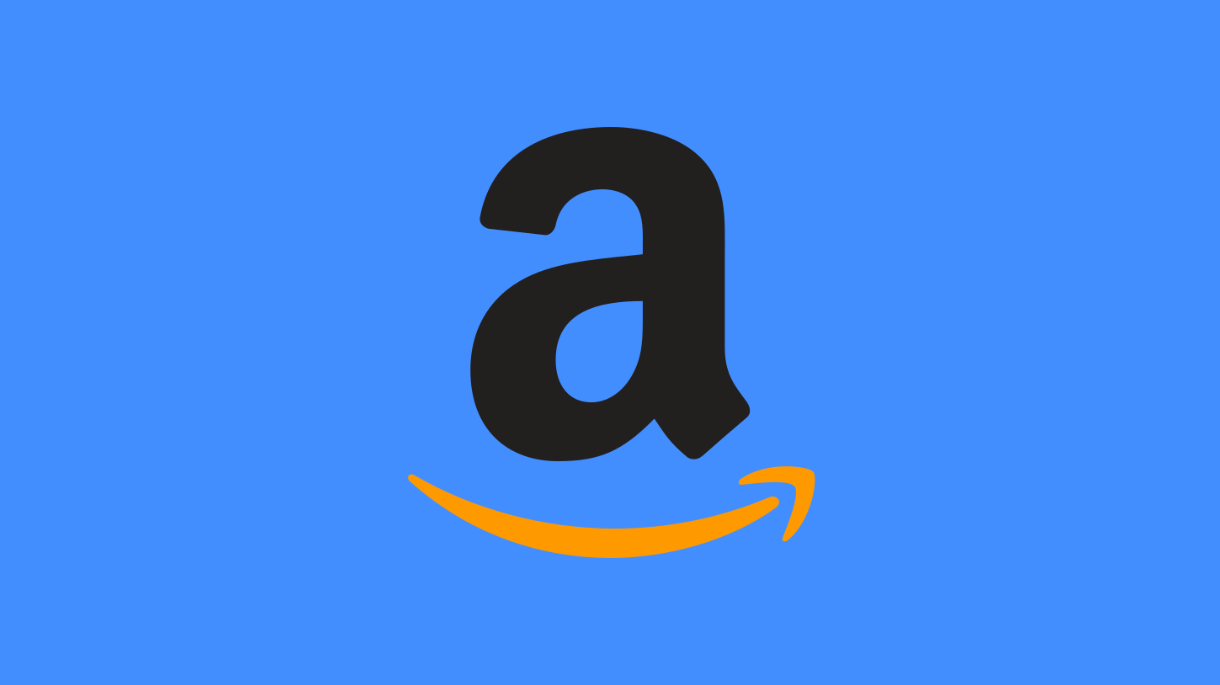 No matter where in the world you’re reading this, chances are you’re no more than a stone’s throw away from an Amazon package - or five.

After all, Amazon Prime delivers 13.7 million items around the world every day, with a total of over 5 billion packages each year. That’s a lot of cardboard on a lot of doorsteps!

No other company is changing modern commerce quite like Amazon. Since its founding in a humble Bellevue garage in 1994, the company has grown into a trillion-dollar e-commerce titan, with over 310 million active customers around the world.

The secret to this incredible growth? The Amazon innovation mindset.

In this innovation case study, we’re going to break down five techniques Amazon uses to redefine modern commerce from the ground up, from founder Jeff Bezos’s “Day 1” innovation philosophy through to the company’s famous “two-pizza meeting” rule.

A far cry from today’s “deliver anything you want” model, the Amazon of 1994 was conceived with a more modest goal: to change the way people bought books.

Focusing on this one area, the company built an extensive logistics network, with great delivery and freight capability. When its IPO rolled around in 1997, this network had become the jewel in Amazon’s crown, helping catapult the company into wider ecommerce.

Over the next two decades, Amazon grew and diversified. The website that once just sold books now sells pretty much anything, and delivers almost anywhere around the world. Even better, it enables anyone to set up their own online storefront.

So, instead of competing with other online retailers, Amazon offers a cloud platform to help other retailers offer their goods and services to buyers - for a price.

It’s all part of Amazon Web Services (AWS), a $25.7 billion division of the company that grew out of Amazon’s own infrastructure needs.

In fact, even other online giants like Netflix rely on AWS, meaning a significant amount of Netflix’s subscription revenue goes to Amazon for using its servers. Where other companies might steer clear of supporting a direct competitor, for Amazon, it all adds up to more revenue.

AWS’s democratization of e-commerce has transformed the modern online environment, making it easy for anyone to start their own online store. Now, there are over 5 million marketplace sellers across Amazon, with over a million new sellers added each year.

This radical innovation explains why independent businesses not relying on AWS rank competition from Amazon as the single largest threat to their ongoing survival. People want convenience, choice, and great deals, and it’s hard to compete with the Amazon marketplace.

In late 2018, Amazon’s total value passed the $1 trillion dollar mark, making the company the second in American history (after Apple) to cross that mythical line.

Now, in 2019, Amazon captures 49 cents of every e-commerce dollar spent in the United States. Just let that sink in for a second. That’s just under half of all e-commerce revenue, all going directly to one company.

All those sales have helped to create a lot of work opportunities, both in the United States and around the world. Now, Amazon employs almost 650,000 people, and generated an enormous $233 billion in annual revenue for 2018.

Much of this profitability is due to the company’s rapacious appetite for acquiring new businesses, including ebooks outfit Audible in 2008, shoe retailer Zappos in 2009, robotics firm Kiva Systems in 2012, the Washington Post in 2013, and Whole Foods in 2017.

Another reason for Amazon’s incredible growth? The company’s ‘Day 1’ strategy for innovation.

Founder Jeff Bezos’s innovation strategy is a key reason why Amazon remains on top, and is often named as the world’s most innovative company.

But what does this strategy mean in practice?

In short, the ‘Day 1’ strategy involves keeping the sense of dynamism and adventure that defines new enterprises, and avoiding the lack of responsiveness that can set in within established systems and business models over time.

Bezos’s philosophy focuses on maintaining excitement and vitality in business, and staying nimble and ready to make quick decisions with the goal of serving customers.

For Amazon, the strategy is still as important now as it was in 1994. “It’s been Day 1 for a couple of decades,” says Bezos. “Day 2 is stasis. Followed by irrelevance. Followed by excruciating, painful decline. Followed by death. That’s why it is always Day 1.”

So, ‘Day 1’ companies are about constant reinvention, and always looking for new ways to satisfy customer demand - even if they might seem like a strange fit at first.

A great example is Amazon Studios. Built on a crowdsourcing platform introduced in 2010, Amazon Studios offers a responsive platform for aspiring screenwriters to get projects funded and in production, going from idea to final product faster than traditional production studios.

This platform embodies Amazon’s innovative spirit, and has helped drive the company’s strong performance in online streaming and content production.

#2) Start with the customer and work backwards

Another feature at the heart of Amazon’s innovation strategy is its relentless focus on finding out what the customer needs, and providing something to hit that sweet spot.

Amazon starts with an overall picture of the customer experience, then looks for ways to improve this, aiming for optimal speed, security, and dependability. This focus is one of the reasons Amazon eclipsed 100 million Prime customers in April 2018.

As Jeff Bezos says, “Our job is to invest new options that nobody’s ever thought of before, and see if customers like them.”

And as Bezos acknowledges, companies are always on a knife-edge when it comes to customer satisfaction. “Our customers are loyal to us right up until the second somebody offers them a better service,” he says. “And I love that. It’s super motivating for us.”

A great example of this culture of innovation is Amazon Go, a grocery store in Seattle with a potentially revolutionary feature: no checkout lines. Instead, the store allows customers to simply walk out with the products they desire, and have their Amazon accounts charged later.

The initiative is based on that fact that the worst part of every shopping experience is waiting in line at the cashier. So Amazon simply asked, “what if there were no cashiers?”

#3) Innovation in a six-page memo

It’s no secret that Jeff Bezos loves to write.

From his highly-anticipated annual letters to shareholders through to his press release-style product development memos, the CEO has a passion for clear and convincing written communication.

Driven by this passion, Amazon practices a technique that might seem old-fashioned: design by writing. Instead of relying on Powerpoint presentations or slide decks, new initiatives for innovative services or products must be summarized in a six-page memo first.

And not only that: Amazon executives must read the memos together, side by side, at the start of product meetings. “If we don’t do this,” says Bezos, “the executives, like high school kids, will try to bluff their way through a meeting. The memo creates the context for a good discussion.”

These practices force analysts, engineers, and managers to be on the ball from step one. Whatever new idea they have, they have to develop it in a way that is convincing and logical, and makes a strong case for innovation.

For those in product development, the six-page memo is a great way to weed out weak ideas. As one ex-Amazon analyst says, “If it was hard to write a memo or understand why a product or service would add value to customers, the product or service wasn’t worth the effort.”

The commitment to the six-page memo format also reflects the company’s data-driven approach to innovation, providing an excellent incentive for clear and crisp communication.

Amazon recognizes that no single strategy for innovation will work for every company in every market. Instead, the company is committed to the constant evolution of its business model, and to never standing still.

We can see this restless, future-focused culture of innovation in Amazon’s willingness to invest in new technologies and capabilities, and to fail fast with new initiatives.

Like other industry heavyweights Google, Tesla, and Facebook, Amazon has a strong track record of backing emerging technologies, even when there’s a higher likelihood of failure.

In fact, Jeff Bezos demonstrates what many have called an ‘extreme tolerance for failure’, and is even willing to joke about his missteps. “I’ve made billions of dollars of failures,” he said at a conference in 2014. “Listing them would be like a root canal without anesthesia.”

For example, there was the Amazon Fire phone in 2014, which was such a flop the company had to cut its price to only 99 cents. For any other company, this would have been a humiliation. For Amazon, it’s just another in a series of valuable lessons on its way to the top.

Combine this with the company’s willingness to bet big on new initiatives with broad applications like the Amazon Echo, and you have a recipe for success in innovation.

#5) The two pizza rule - how to hack office meetings

Amazon recognizes another crucial truth about innovation: it always takes more time than you think.

Combine this with Jeff Bezos’s well-known hatred of pointless meetings, and you have his great rule: never host a meeting where two pizzas aren’t enough to feed everyone.

This way, says Bezos, meetings stay focused and contained, and don’t become so much of a drain on employees’ valuable time and effort. For those of us sick of interminably long meetings, this is music to our ears.

This commitment to small teams and group discussion is also a great way to keep employees focused, and avoids the potential for groupthink.

What does the future hold for Amazon?

That’s our rundown of five great techniques Amazon is using to drive innovation.

But what does the future hold for this incredible company?

After all, Amazon’s ascension to the top of the e-commerce pile has attracted some criticism. There’s the concern about the risks for delivery drivers, accusations of exploiting the postal service, and a lot of resentment about the company perhaps not paying its fair share of tax.

However, the bulk of this criticism doesn’t seem to be sticking. People love a good deal, and the convenience and accessibility of Amazon’s services are only pushing its numbers up over time.

In response to these issues, however, the company has pledged to create over 100,000 new positions to help alleviate pressure on Amazon employees. It’s also diversifying its freight and delivery methods to reduce driver strain, including expanding its Prime Air fleet.

Conclusion: There’s a lot to learn from Amazon

When it comes to innovation culture, it’s best to learn from the market leaders. And who better to watch than Amazon?

Whether it’s the company’s nimble attitude to adopting emerging technology, or it’s relentless focus on improving the customer experience, Amazon’s innovation techniques leave it well-positioned to continue to shape the e-commerce industry in the coming decades.

So, why not think about how you could apply some of these strategies and techniques within your business? 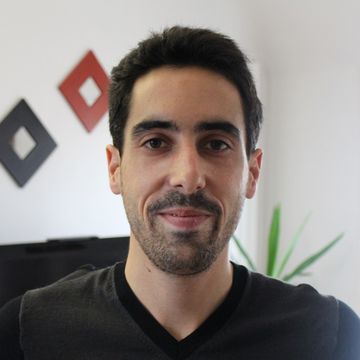 Who are we?
Braineet provides a combination of Innovation Management Softwares to help innovators fix their innovation engine and fuel it with the help of their ecosystem.
Discover Braineet
Thank you! Your subscription has been received!
Please enter a valid email address. 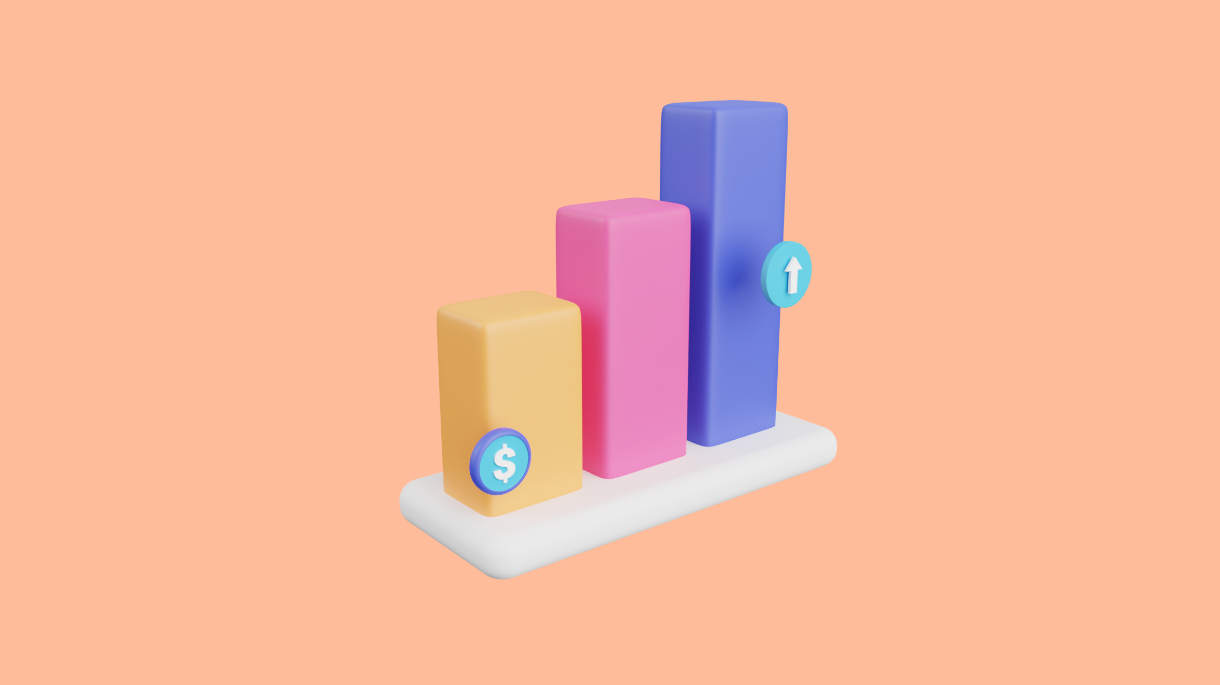 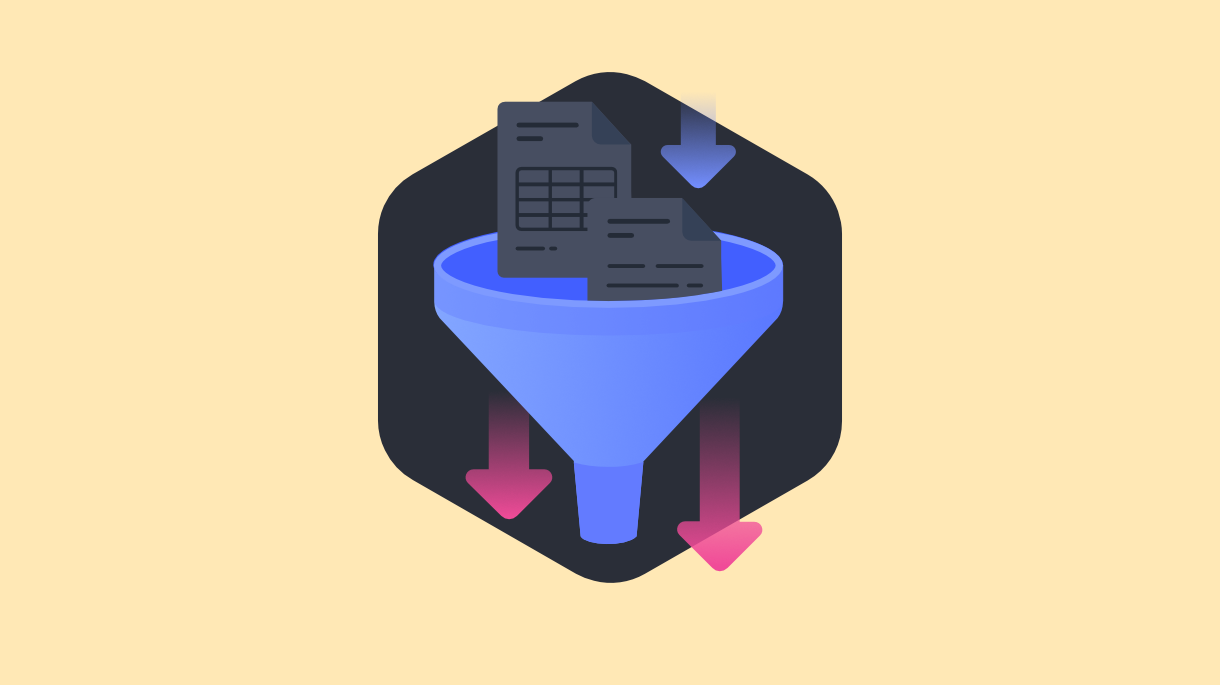 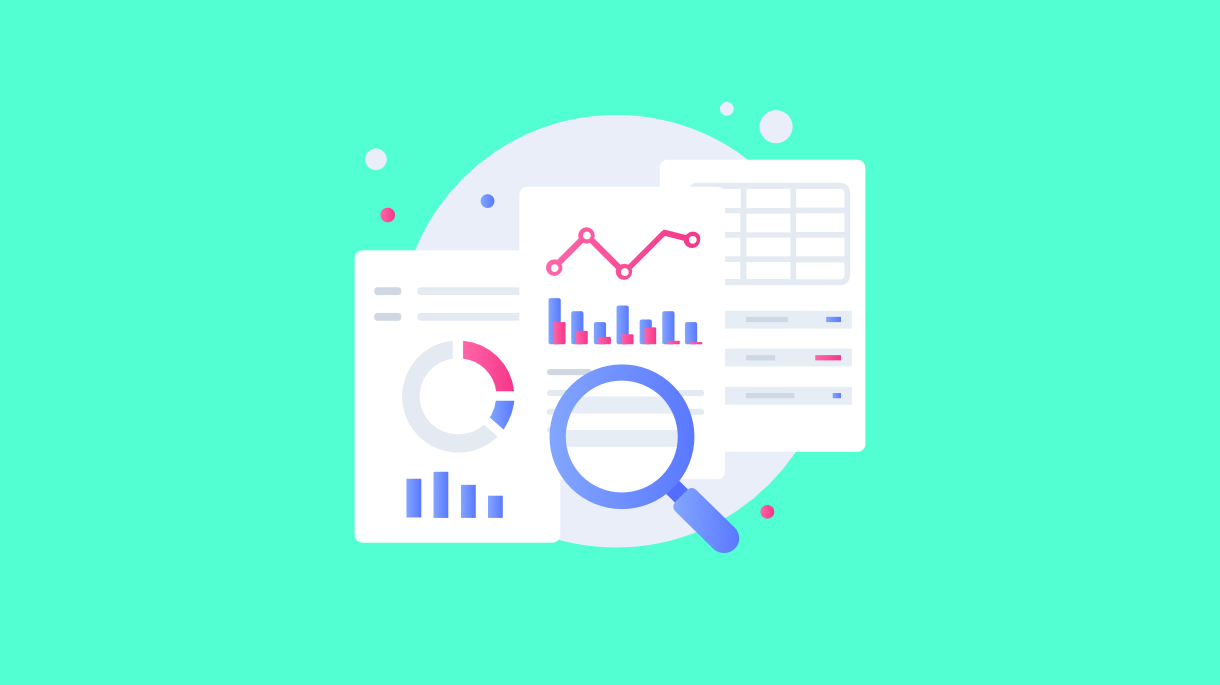